Nautical and Maritime art has always been present throughout history and are forms of art that draw their primary inspiration from the sea. Not to be mistaken with seascape painting which focuses on painting the scenery from the shore, these genres primarily deal with events and life on the seas themselves.

Both Nautical and Maritime art deal with a broad scope of ocean-themed narratives. They often represent deep topics such as the connection between human beings and nature and our dependence on the ocean itself.

Over the years, these paintings have been valued by art enthusiasts for many different reasons. From their culture and historical significance, they depict significant historical events and battles to their more emotional and romantic components, for there is no more potent symbol of adventure, discovery, and the human spirit than that of a ship sailing the seas.

The Raft of Medusa – Théodore Géricault

For centuries, the sea was the very lifeblood of society, and the ships that sailed it were the dominant driving force for both transport and trade. It is only in recent times that this fact has been forgotten due to advances in technology. With that being said, much of the world’s trade still relies on cargo ships today.

Across history, many artists have paid tribute to this fact by producing artwork that featured ships on various high seas voyages. One such artist was Frenchman Théodore Géricault, whose ship oil painting, The Raft of Medusa, later became an icon of French Romanticism.

It depicts the harrowing and tragic historical event of the faith of the French naval frigate, The Méduse. The painting not only launched Géricault’s career and paid tribute to the victims of the tragedy but also, by its title, paid tribute to earlier cultures, such as the Greeks, who relied so heavily on their ships and the sea for their survival.

Storm on the Sea of Galilee – Rembrandt 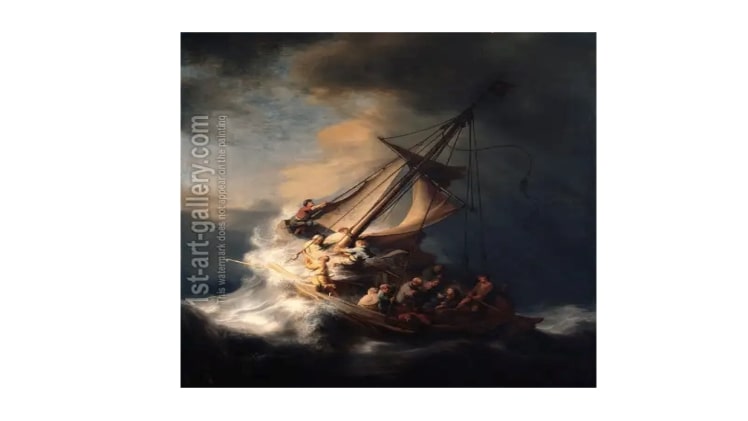 This painting of a ship at sea is not only one of the most famous ocean paintings ever created; it was also painted by one of the greatest painters of all time, Rembrandt van Rijn. It represents a scene of religious significance and showcases the tremendous skill and brilliance of the artist.

It is the only nautical painting Rembrandt ever painted and powerfully portrayed the biblical story of Jesus calming the storm on the sea of Galilee. All the emotional, spiritual, and philosophical themes often associated with the sea are beautifully displayed.

It is a statement of the unbreakable human spirit. Funnily enough, although one of the central tenants of the catholic religion is not to steal, in 1990, a painting was stolen as part of the most significant art heist in U.S history. The crime remains unsolved today.

Battle of the U.S.S Kearsarge and the C.S.S Alabama– Édouard Manet

Long before the invention of photography, one of the best ways to capture a historical event was to paint it. For French artist Édouard Manet, the battle of the U.S.S Kearsarge and the C.S.S Alabama was one such painting.

It depicts an imaginative recreation of the American civil war battle where the Union cruiser, the U.S.S Kearsarge, successfully sunk the feared Confederate raider of war, the C.S.S Alabama. The story was big news, and although Manet wasn’t present at the battle, his recreation does a fantastic job of commemorating the event.

It is one of many famous boat paintings depicting famous naval battles throughout history. They play a significant role in remembering these historical events and hold great value to historians, navies, and history lovers alike.

For those who hold more romantic values regarding maritime subjects, there is no better artist in the genre than Joseph Mallard William Turner. None of the British artist’s wonderful watercolor paintings are more well-known or appreciated than his beautiful paintings of ships at sea.

He compiled dozens of paintings of this kind, ranging from scenes of tranquil waters to violent and chaotic storms. One such painting, Fisherman at Sea, is perhaps the best example of a blend of these two subjects.

It portrays a lone boat on rough waters under the moon’s dim light. It is said to represent the fragility of human life against the power of nature. It cannot be told whether the storm has just subsided or is only about to start and, like all great art, is up to your interpretation.

For all the things that make both ships and the sea valuable, there is perhaps nothing more significant than the feelings of freedom and calm that they invoke, and indeed Claude Monet was a master when producing these beautiful paintings.

Monet completed many works on this subject, most of which were seascape portrayals painted from the shore. The Green Wave is one such painting. It embodies all the wonders of the water, although you could choose any of Monet’s Impressionist waterworks and still come away with the same serene feeling.

Somehow in his famous ship painting, Monet was able to capture the mere moment of the scene in which he was looking and yet also encapsulate all the feelings and movements potentially associated with them. Honestly, this is a feat of artistic greatness.

These are just a few examples of a few beautiful ships at sea paintings. Many artists have painted many other renditions on the subject, thus proving that ships at sea hold a profound and significant value in the hearts and minds. 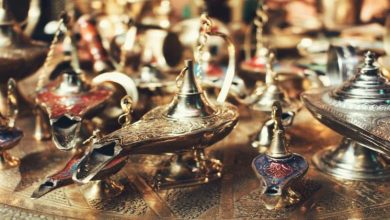 Learn more about the magic of granting wishes 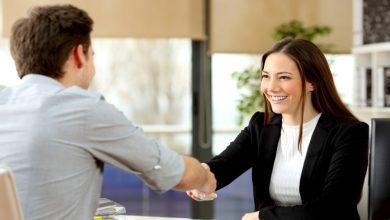 How to Become a Successful Negotiator? 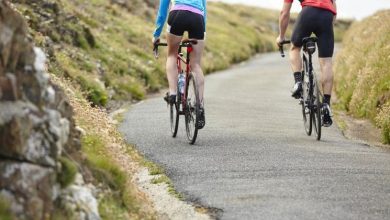 What To Look For While Buying Men’s Cycling Knicks 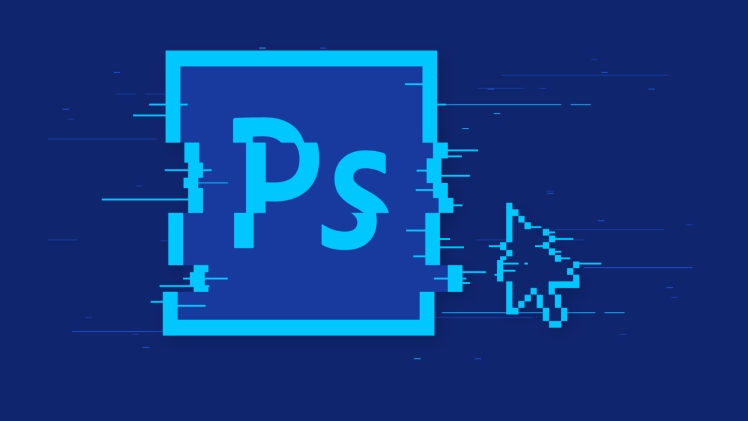