Pest birds can be a nuisance near your home. They fly around, leave bird droppings everywhere, make loud noises, and are an overall detriment to the neighborhood. There are ways to get rid of birds, however. This article will go over a few tips and techniques for removing birds from your home and neighborhood.

If the birds are getting into another food source, like pet food or a nearby insect infestation, that should be addressed as well. Follow the tracks, discover what the birds are eating, and remove it to solve the problem.

If birds have already nested, you are going to need to call in a bird control company like AviAway. Birds are protected under the Migratory Bird Act of 1918 and it is illegal to move the nests or otherwise interfere with the majority of bird species in North America. A bird control company can get a permit from the government to move and relocate the birds safely and humanely.

The next step after moving the birds is to install bird netting over the nesting grounds. This will stop other birds from being able to nest in that area next mating season. Birds like to nest in covered, enclosed places that keep them safe from predators and the elements. These areas can be blocked off with bird netting.

Bird netting is the most effective bird exclusion device. If installed correctly, it blocks birds out with 100% effectiveness. It will last 20+ years and endure all weather conditions.

If your bird problem is lighter, or you want to block birds from landing on particular areas, you have a few more options.

Bird spikes are one of these options. Bird spikes physically block birds from landing on the surface they are applied to. They work well on ledges, business signs, roof lines, fences, AC units, and other surfaces where birds would otherwise perch. They are a popular bird control option and used by pest control companies throughout the world.

Bird spikes come in several different sizes and varieties to suit whichever surface you need to apply them to. They can be purchased at a hardware store or online bird control retailer.

Bird wire is another bird deterrent that can be used on your home. Bird wire is a wire strung across raised poles that, like bird spikes, physically blocks birds from landing on it. Bird wire performs the same function as bird spikes and can be used in most of the same scenarios as spikes. Some people prefer bird wire for aesthetic considerations, as it is less visible than spikes. Bird wire can be purchased at an online bird control retailer.

Visual scare devices are another way to get rid of birds. Scarecrows come in several different varieties, from fake predators, inflatable terror eye balloons, and crackling holographic tape. These can be an easy and low-cost way to get rid of birds. Success rate varies when using scare devices, however. Sometimes they make the birds go away, and sometimes they don’t work at all. Most other bird control methods tend to work better than scare devices if the bird problem is at all significant.

Summary: To get rid of birds near your home, first remove the birds’ food sources. If the birds are nesting, call in a bird control company to inspect the site, move the birds, and install bird netting over the nesting grounds. If the bird problem is lighter, or you want to block out birds from particular areas like ledges and business signs, bird spikes, bird wire, and (to a lesser extent) visual scare devices will also block birds out. 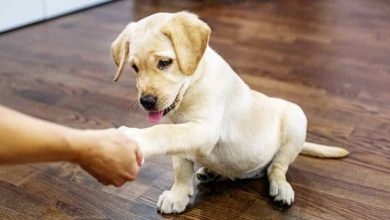 LABRADOR, CAN  BE A GUARD DOG?

How To Know If Your Canine Has A Sensitive Stomach? 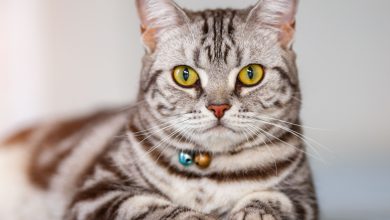 Why are there cats that don’t meow? 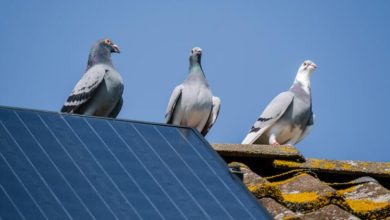 How to Prevent Birds from Nesting Under Solar Panels